It refers to the brand identification via product or specific logo which can be used prominently in entertainment marketing. It is the simplest form of entertainment marketing by virtue of its usage. To go with product placement, you have to focus on some essential parts of the product. This process is simply called as brand integration. The product placement requires the advance story and known characters which could help the brands in conversation. For instance, Extra-Terrestrial is abbreviated as “E.T.” The owners of the company tempted Reese’s Pieces with ET and in result got a 65% increase in sales of candy shots as followed up by film’s premiere.

In short, product placement is used by TV shows, in movies and other media to create brand awareness of the latest product. Among the examples, the most popular one was given in 1986. The Ray-Ban Aviators who appear in “Top Gun” which causes an immense increase in sales by 40% and took Aviators to the top of the most selling brands. Another example was seen in the TV series named as “Stranger Things” which has shown characters drinking Coca-Cola. Similarly, Crocs took advantage of the characters in “Deadpool” along with the collaboration of Ikea dresser. In Transformers: Age of Extinction, more than 55 different brands appeared.

The dark side of the product placement has also revealed like, Pepsi, although it has done horrible product placement in the ending part of World War Z yet people banged the Brad Pitt for this blunder and recently the Brandcameo won the Product Placement Award in terms of criticism. But it is done in true mean it will work efficiently. As studies have proved that instead of involving artist for the marketing it would be far better to use the product name or logo in the background. It will work 50% more efficient. Some other studies discovered that 70% to 80% times characters remember the product if it is directly plotted.

Let’s discuss another source of entertainment marketing which includes, sponsorship and event endorsement which is exclusively used for the marketing of the products of various brands. Celebrity Endorsements makes a stronger connection between celebrities and marketers. Marketers impersonate celebrities as they know that people will love to buy those products which will be presented by their Favorited artists. The marketers directly collaborate with famous celebrities for their brand promotion. Such as, George Clooney remained the brand ambassador of coffee product made in a Nespresso machine in a couple of minutes for only $200. Similarly, Puma has recently collaborated with Rihanna and got a huge hit. Their shoes were started selling just after 3 hours of the release of the ad.

Marketers need to be very careful while using celebrity endorsements such as demographics, taste or potential customer, etc. It is not compulsory that the same celebrities resonate all people.

The most exposure to the websites and online world, marketers cannot keep their potential customers deprived of relating entertainment marketing with online web. It enables the customers to stay loyal to the brands because in this you will be giving high importance to them. Such as a reality TV shows names as “Big Brother” and “American Idol” based on the opinions and votes of the public. They vote for their celebrity in the show. Ultimately it has increased the interest of viewers and made it more interesting for them.

It does not end here, many actors and female-actors and even TV shows have come up with their official accounts on different social media sites like Twitter, Instagram and Facebook to build public relations to get maximum votes. Now, this the way they promote and endorse the products of different brands easily. Take an example of The Kardashians, the most famous example of online entertainment marketing, who has rationally used Snapchat, Instagram, Facebook and Twitter for the events, launching a new product, workshops and many more.

This is how it proves the importance and impact of entertainment marketing not only on social media but also in the entertainment industry.

The Importance of Entertainment Marketing

The entertainment marketing holds its specific space among other types of marketing as it plays a dual role. Most of the time users are found excited for the result because in most situations it acts as a win-win scenario. Other than brand exposure and awareness it also plays a secondary role in funding to various TV and film projects. Even it makes the basic financial aid in the production of several shows and movies. For instance, the producers of “Sex and the City,” have proudly admitted that they won’t be able to produce such a famous and tremendous series without the support of product placement.

Not only this, in this era people crave for some entertainment and thrill in their lives. People wish to become part of huge concerts, watch blockbusters and entertaining TV series. It has made the task easier for the Entertainment marketers as now they target the customers organically by intertwining their demands and emotional connection with the things they enjoy most. In simple words, you can say that entertainment marketing sounds good because the name depicts that it will entertain you.

While we are discussing the importance of entertainment marketing and what it is we may have to face some misconceptions and myths which needed to clarify them in this article. So, let’s pull back the curtain and smash away myths:

Below is the video summary of our this text

We hope that this article has helped you clearing your concept about entertainment marketing. For any query contact us or leave your question in the comments section below. 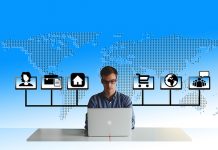 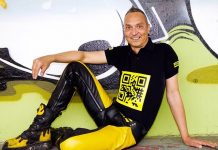 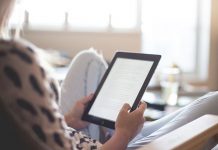 Five No Fail Tricks to Engage Your Readers 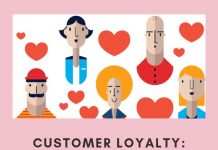 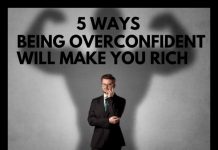 5 Ways Being Overconfident Will Make You Rich

The 10 Laws of Online Recruiting